This is Not Kansas City’s First Pandemic. 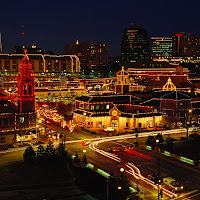 Just over 100 years ago our area was ravaged by what was then known as The Spanish Flu. Tiny Haskell County in the southwestern corner of Kansas was facing a serious problem. What seemed like overnight, people were reporting severe symptoms. Soldiers were headed to Camp Funston at Fort Riley, Ks. to be trained in the Army to fight overseas in World War I.

Back here in The United States things remained relatively quiet as the virus virtually spread like wildfire through Europe no one wanted the enemy to know that soldiers were weakened by sickness. By the time it finally crossed the invisible borders into Spain and beyond, millions of people had been infected.

We know that Kansas Citians’ are made of strong stuff and we will triumph over this silent killer in 2021. Here at Able Auto Service the A-Team as we have come to be known hopes that you and your family have a safe and healthy holiday season and a much better 2021. All the best to you and yours from Able Auto Service of Kansas City KS.